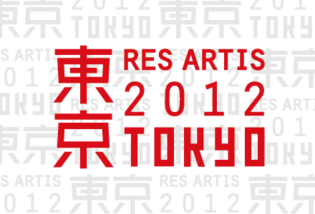 In the span of a few years, we have been forced to reconsider our world. The world after 9.11, the political uprisings in the Middle East and 3.11 in Japan. As we enter the 21st century, we also are faced with an environmental crisis of overwhelming proportions, the collapse of economic systems and the collision between East and West.

There is no way that such agendas and art are unrelated. As ideal breeding ground for intercultural dialogue and the production of new ways of approaching our world, residencies have an important role to play in opening up exciting possibilities and glimpses of new horizons. With this Conference, we will discuss these compelling issues with cultural leaders throughout the world.

We also aim to use this opportunity to consider the role of institutions in Asia and the Middle East - regions where cultural currents are rapidly forming and collaborating and networking can create great impacts. Asian residencies, in particular, need to consider their cultural strength. Cooperation here is not based on a single, unifying system or set of values; it is an approach that recognizes and embraces differences. Just as a star exists as an individual entity within a constellation, we will explore how new cultural constellations can be formed by single stars united through collaboration and how global networks can help facilitate this goal.

→For details, please refer to the website of the Res Artis General Meeting 2012 Tokyo