Tokyo Souvenir by The Group 1965

Tokyo Souvenir by The Group 1965 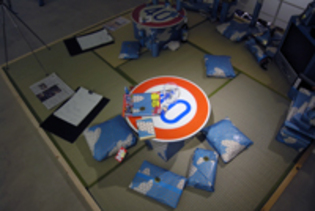 Exhibition by The Group 1965. Not only exhibiting artworks, we also have Ogiri game-style (*1) talk event where the artists and participants announced their proposals for souvenirs were held, and a website that called for proposals was set up. *1: A format where the leader poses a question that the other players try to answer.


"Souvenir" is something bought for commemoration of the travel or expression of the feelings. It is a certain something, as well as vehicle, which carries memories and feelings to someone. While such "souvenir" exists in our daily life, it links with something important which shifts from everyday matters.
"Tokyo Souvenir" is a project, which considers the relationship between the town and people through art, taking the opportunity given by "Souvenir". Moreover, not only offering the chance of getting in touch with art to the recipient, "Tokyo Souvenir" starts creating the system that people can participate in the project as a subject. One of the projects, which we are now proposing is setting up blog mainly composed of the photograph. Through this blog, various people can propose their own "Tokyo Souvenir" and vote for something to one's liking.
In other words, this is one style of the public art program. The project reminds us that art works existing in "white-cubes" are not only art. Moreover, the public art, which is found in town, lets us take notice of the relation between the town and people, shifting the interpretation of the world. The public art is not limited to arranging monumental sculptures in public areas. We would like to begin with our first project, "Tokyo Souvenir" by The Group 1965. Don't miss it!


In Natsume Soseki's time, no doubt "monaka" bean pate wafers from the famous Kuya or sweet dumplings from Habutae Dango would have sufficed, but what would be a typical souvenir of Tokyo today? Sure there are confections and other local products said to represent the city, like them anywhere but airports or railway stations....?
That band of idiosyncratic artists The Group 1965 is to stage an exhibition therefore presenting ideas for souvenirs befitting the Tokyo of the 21st century. The venue will be TWS Shibuya, in one of the top couple of shopping areas in Tokyo, with the venue's Kurage cafe serving a range of special food and beverages based on recipes created by The Group for the duration of the show. Inviting the general public to submit souvenir ideas many also be part of the show, although this is undecided as yet.
Souvenirs take the place of salutations, and are a way of apportioning everyone a slice of our memories. They are a symbol of community, and maybe even the germ of the gift-giving economy. This exhibition will be interesting if it prompts us through art to contemplate just what are souvenirs, and in turn, the nature of the society in which we live. 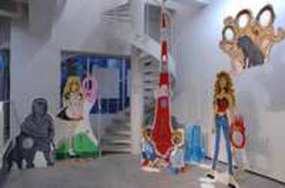 Photos of the exhibition 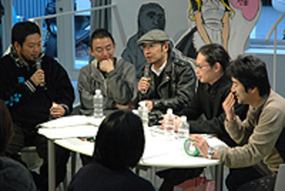 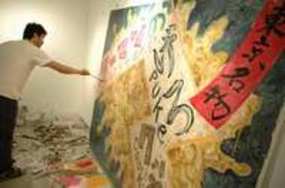 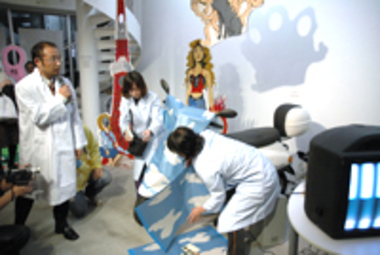 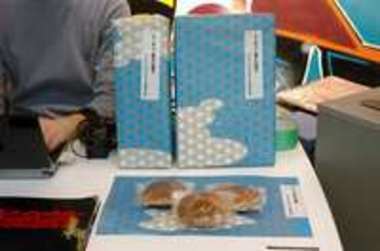 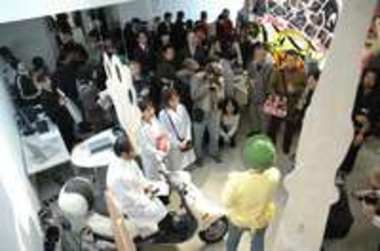