Tokyo Arts and Space (TOKAS) has supported artists in a multi-career-stage and continuously supportive program through endeavors such as open call exhibitions, exhibitions of contemporary artists, and international fellowships. It has also conducted programs to introduce these artists' activities. In the Artists Contemporary TOKAS (ACT) series launched this year, exhibitions will be held to introduce artists who are worthy of attention now, centered on those that have taken part in TOKAS programs. This first exhibition showcases three artists: Sato Masaharu, Nishimura Yu, and Yoshigai Nao. They use images and paintings to evoke scenery that has never been visible before--they reinterpret the world through physical, intuitive scenes of the changing seasons and landscapes.

One way of expressing the seasons is the concept of "72 Micro-seasons" from ancient China. Each season name refers to changes shown by the weather, plants, and animals. This concept was adopted in Japan during the Edo Period, when it was partially revised by calendar scholars to match Japan's landscape and climate. This exhibition starts in late February, which is called "Kasumi Hajimete Tanabiku," or "Mist Begins to Linger." During this time, the cold, dry air steadily becomes moister, and the distant scenery appears hazy. The humid air combines with floating dust and other substances, which transform the light. The three artists in this exhibition sensitively perceive these slight, ordinary changes with their bodies and create layers to depict brand-new scenery in the exhibition space. 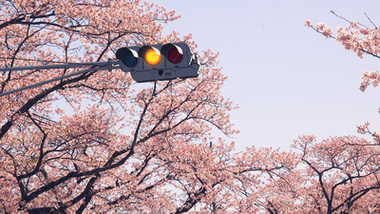 Sato films actual scenery and creates animations by tracing the individual frames on a computer. He released Tokyo Trace (2015-2016), which depicts the changing scenery of Tokyo, followed by fukushima trace (2018), his new video installation for this exhibition showing daily life in Fukushima. This piece, created during his fight with cancer, expresses the scenery of Fukushima (where he has traveled after the earthquake) while superimposing it on his own body being ravaged by cancer. Part of it is animated, blurring the lines between the ordinary and extraordinary and beckoning the viewer into the video. 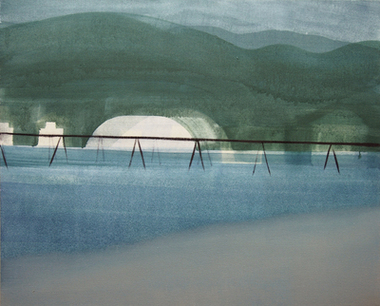 Rather than reproducing actual scenery, Nishimura depicts the present moment while layering in the things he takes notice of in daily life. His paintings resemble landscapes or people you have seen somewhere before, or scenes from a tale. In this exhibition, they are displayed in the space in a way that naturally suggests a story linking the works next to each other. He will exhibit new paintings inspired by early spring at this exhibition, with the aim of inspiring viewers to spin new stories. 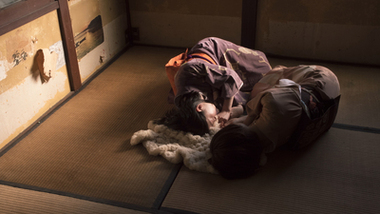 Yoshigai uses video and sound to depict physical sensations, striving to create a new form of video expression. Her film Breathing House (2017) was shot at the Seizasha in Kyoto, where the Okada Seiza method of mental and physical cultivation popular in the Taisho Period was promoted, right before the building was destroyed. She carefully depicted the sounds that come from physical movements, linked with the determined breathing method and posture in which the subject sits quietly while holding the stomach strong. In this way, she filmed a scene that one doesn't usually notice. For this exhibition, she will showcase a video installation that seems to integrate with the viewer's body.

The doctor who is in charge of my cancer treatment told me the other day that I have three months to live. I've been living with cancer for around eight years, so I've been closer to death than a healthy person. Still, the start of a specific countdown naturally made me feel that I want to live as long as I possibly can. I am now in palliative care. Before that, I took anticancer drugs to prevent tumor growth. This treatment is based on the concept of fighting poison with poison, and these drugs made me feel worse the longer I took them. But I've experienced this before, and I learned that my physical condition can prevent me from journeying far or even leaving my home. When I considered taking a short trip that I could handle, I hit on the idea of Fukushima's scenery. I've been there several times since the earthquake, and I took my camera and tripod mainly to the coastal areas. But in the end, after several months I gave up on my plan of shooting for several years and tracing the videos to make artwork. The god of death has his hands around my neck, but perhaps I will be able to make a miraculous escape. If so, I want to keep traveling to Fukushima and depicting what I see there.
(2018.9.15, in Toride)

We extend our deepest condolences to family and friends of Mr. Sato Masaharu who passed away on March 9, 2019.

Without taking the shortest route to a location, how do you get there, and from where?
Even when I want to paint a certain image, I am not always able to proceed along a direct route.
Along the way, this awareness is transmitted to something else.
I paint surfaces, draw lines, and make dots.
Although my actions on the picture plane are fundamentally aimed at the subject, I also hope they will become other things.
How do I bridge the distance between my retinas that show the scenery, and the canvas that depicts the image?
In the end, my image is nothing but a motivation to do something on the picture plane.
It is an entrance; I cannot move forward unless a dog is more than a dog, or a cat is more than a cat.
Even if the shapes with undifferentiated elements, which are made along a meandering path, once again become dogs and cats, they appear as dogs and cats who have passed through the scenery.
The distance between the subjects and landscapes is removed, creating a single way of viewing the painting.
No matter what things I paint, they all have individual histories.
I cannot manipulate or predict this.
In addition, they all begin inside of the picture plane.
People who paint must devote great efforts to completing the image.
In the end, is this really just a response to the character of the painting?
Besides moving my hands, I make a series of decisions of this type as I paint.
This starts from the second I touch the picture plane.
Each time I touch it, the distance between myself and the painting expands.
This expansion encourages my interest in the subjects.
The shapes that already exist in the picture plane, and the shapes I must make by myself, are mutually negated while building internal and external relationships in the picture.

About Breathing House
After receiving a request to take video documenting the Seizasha, an important building that was about to be destroyed, I went to Kyoto in March 2016. This house is historically important as the place where the Okada Seiza method, a health practice that was popular in the Taisho Period, was promoted in Kyoto. (The Okada Seiza method was a way to increase health by sitting quietly for 30 minutes while breathing. Closely resembling yoga or Zazen [Zen meditation], it was created by Torajiro Okada.) When I arrived at the Seizasha, people were already working to move out the many possessions of the four generations of people who had lived in the house. While helping with the move, I started recording the house, including the sunlight entering the windows, books, letters, photographs, and everything I saw. I left a recorder for one day on a windowsill in a room to record sounds passing outside the house. This one old house was made up of all these things. In yoga, Zazen, and Seiza alike, it is extremely important how one breathes during the practice. Breathing is the only internal physical movement that can be intentionally controlled by humans. What does one come to see and hear while sitting quietly? Can people find salvation that way? The handwritten notes left behind in the Seizasha were a precious reminder of the history in which people have long engaged in trial and error to achieve tranquil spirits.

About new work
I am actually trying to create one other new work. If Breathing House was made with a temporal perception of things that are unmoving, my new work also includes time in which moving objects are the main subjects. For instance, when I get on a bicycle, I feel physically exposed. I pass by various things more quickly than usual: people, scenes, sounds, wind. When I am tired of pedaling, I stop my bike and take a break sitting on a bench. Then, even though I am still, the people around me are moving as they pass me by. They move at different speeds, but each of these individuals shave unique senses of time as they pass by. It just so happens that they are in the same place at the same time. I felt full-hearted gratitude when I noticed the rareness of the landscapes that became visible, and the soundscapes that I could hear, at that moment. Right now, I am engaged in trial and error to see if I can somehow make an artwork that incorporates these realizations.
(2018.12.5)