Renku, a type of linked verse which served as the basis for haiku and senryu, is a collaborative form of poetry composed by two or more people consisting of five lines (the first three with 5-7-5 syllables and the last two with 7-7). In this project, Takamatsu translated literary expressions such as renku rhythms, speed fluctuations, refined and vulgar terms, and light and heavy words into visual expressions, to visualize the thread-like links between the verses. By also holding workshops and live events during the exhibition, she created a venue for interpreting renku from a wide range of perspectives. 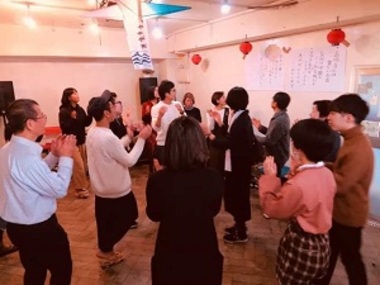 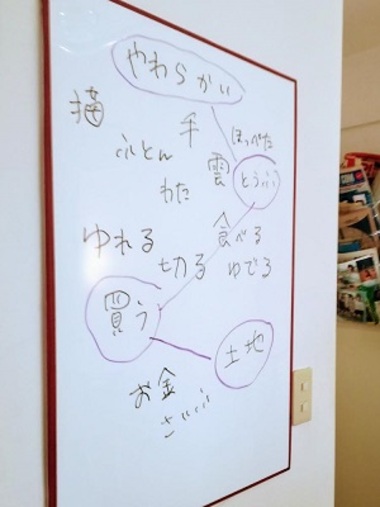 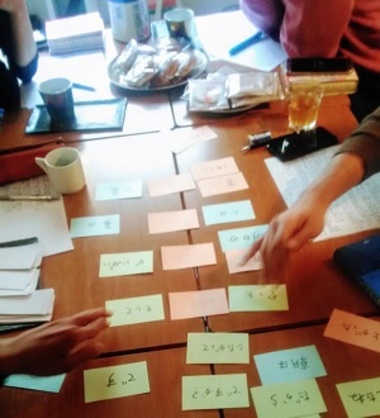 Bon Odori and Renku have the same seven-five syllables. They also have in common the "culture of creating together" that flourished during the Edo period. In Bon dances and folk songs of the past, there was a culture in which dancers improvised songs, rather than using only existing lyrics. The people present at the dance would make up lyrics in the mood of the dance, and then sing the lyrics to each other, and then join together. It is very attractive. But it seems a bit difficult. So, using renku, we will create "Bon dance lyrics" in a workshop style. Whether you like Bon Odori, folk songs, renku, poetry, haiku, or tanka, whether you have danced before or not, whether you have experience in literary creation or not, please feel free to come and join us. Let's make up lyrics, sing, and dance together using various everyday words.

In 2011, Takamatsu joined a renku group called the Somonkai. In 2012, she began holding Renku Yururi workshops. Through the use of card games, kamishibai (picture-story shows), and other things, she created an environment that was easily accessible to those without any knowledge of renku. Takamatsu has organized many other workshops and talk events related to renku.


Back to
OPEN SITE 7