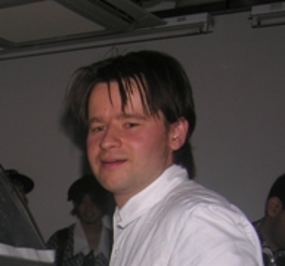 Doing research Tokio which is focused on one 'theme' 'the conditioning of human life'. 'Condition is a rather unspecific concept denoting the fact that something is being stipulated as a condition, leaving something or someone dependent on them. In tokio where 'conditioning is totally different from Europe I will do research to this theme which translates itself into performances,installations, mobile studios and making a weblog about tokio: www.dirkstudio.com

OPEN STUDIO 2009
-Making an personal diary of the city, which translate itself into text,images ect.
-Doing 'actions' in public space, which deals with my topic
-making a tool(instrument) to understand the surrounding, which ends up in a new mobile studio (www.dirkstudio.com)

■Reflection on the residence

I used the residence in Tokyo Wonder Site to develop a new mobile studio for the city Tokyo. The mobile studio for Tokyo is made out of an umbrella and a bag, and by fixing a half transparent structure around the umbrella, I created a new space which I marked as a 'BAR'.
I installed the BAR in different parts of Tokyo, invited people to have a seat, drink and write their experiences they have from their specific view from the inside bar on the plastic, so people who'll come after them will read their experiences.
Finally the bar became a display or instrument to interact with the local situation. The bar invites people to join my performance and see the city through a different perspective. After Tokyo the bar will travel to other cities like Seoul and Berlin. 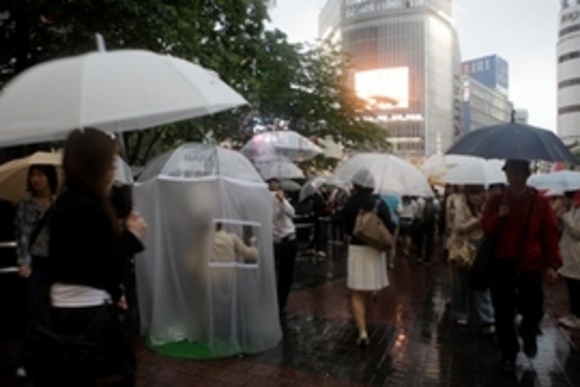 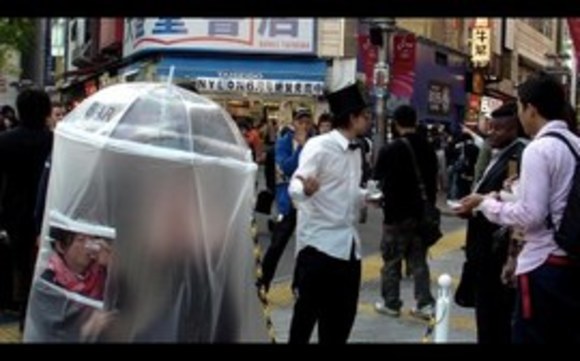