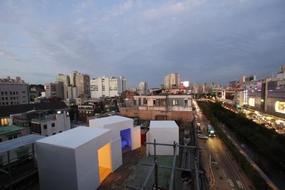 I am currently making two video works about Korea and Japan.
First video is temporarily titled as

Recently, I am gathering information about situations in the 1990's Korea and Japan for making a video. These data include conditions of Korea in 2016 and Japan in 1991 and similarities between the two country's politics, economy, industrial structure etc.
I will make a scenario based on these source, with additional old films about 90's Japan. Those films can show landscape of the 1990's.
Finally, I will make a video about my family based on the material mentioned earlier. The story of the video will mainly about my father who studied in Japan 25 years ago.