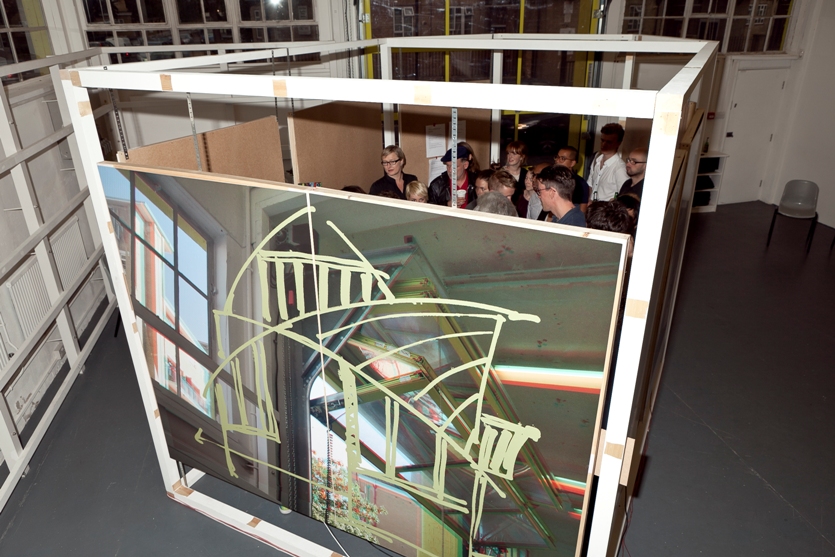 Ei Arakawa is based in New York since 1998. Working almost always collaboratively, his work "structurally evades forms of production that could be ascribed to, or referred back to a single subject."

Sergei Tcherepnin is a Brooklyn-based artist who uses performance, composition, and installation to explore the materiality of sound and its physical and psychological effects on the listener.

To teeter in between looking and listening.