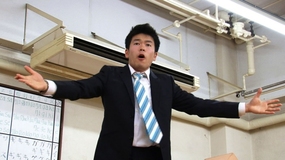 Producing an exhibition at Faculty of Art & Design Faculty Gallery, Monash University:
The exhibition will be composed with two major video installations, which focuses on idea of acting and speech.

Production of artworks:
I would like to produce two works during my stay at Monash University. These works will be
collaborative projects with students and people from local community.


Plan during the residency

Achievements of the Exchange

[Upon completing the delegation stay]
The Monach University facility was proved to be very beneficial: in addition to my own studio photography studio, video studio, woodworking studio and library could be used. It was very useful to be able to reach important resources for research and production easily and was much different from the residency which only provides a working studio. It was also a large merit to be able to hold a workshop with the cooperation and participation of the faculty members and students of the university.
Because the schedule was very tight as I had to hold an extension lecture on the next day of arrival and the exhibition opened in 3 weeks after that, I could not include any work produced at the site in the show. However, since my works were shown to the public at the early stage of my residency, it became very easy to ask faculties and students for collaboration on my project, and moreover, I could meet and talk to curators and critics at the exhibition site; consequently the exhibition was held at the right time.
Some projects which have tested (in workshops, by photo and video shooting), worked over and started in Melborne will be continuously developed in Japan.


Out come of the Exchange