The residency at Tokyo Wonder Site intention to help address the influence growing up in Asia as a young child has had on my art making as a whole. The impact it has had has long been denied or avoided, it has become apparent that this is no longer a wise thing to do. I hope to discover and embrace the fundamental influence Asia has had on art making whilst in Asia at Tokyo Wonder Site.

My activity and research during the residency are mainly based upon personal interest in subcultures that thrive in Japan. Adaptations of cultures form elsewhere and expressions of individuality that manifest through this, It is also focused on specific unraveling of common ground of my own interest and the crossovers that occur in these. It is a very specific group of ideas and interests I am hoping to seek out.

Achievements of your residency
The residency was a total success. The program allowed me to achieve all the goals I had set for myself. The main focus of my residency was to research, which I did. It was a perfect environment for the ideas to develop into work and also to test ideas and try new things.
The support was excellent as well. I was grateful for the ability to meet with external people who are linked to Tokyo Wonder Site who provided insight and assistance with my project.
As is often the case, the anticipation of the residency and the reality are not the same. I was really Grateful to meet so many artists from all over the world and local Japanese Artists too.
This aspect of the residency was unexpected and much appreciated.

The residency at Tokyo Wonder Site has led to several new projects and exhibitions. I have created Work that I am proud to show as a result of my time in Tokyo and I am also very thankful for thechance to spend an extended time in Tokyo. I love Japan and look forward to returning.

Outcome of the exchange
During my residency I attempted to achieve several major projects. The most significant being to Learn to make a shirt. I wanted to understand the difficulty and challenge of producing a shirt first Hand.
The second was a work called 'The Fastest Artist is the Slowest Rider' which was a Tokyo specific Work that involved a day on the track at Tachikawa Velodrome. This work was a test to my own Limitations. Finding out you're limits are closer than you thought also allows you to accept your Limits and enjoy a sense of failure.
I also produced several other performances and such as'You are here' in which I was lost and Found in various degree's around Tokyo. 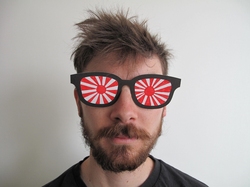 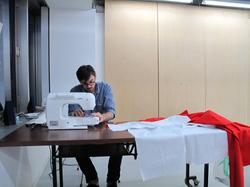 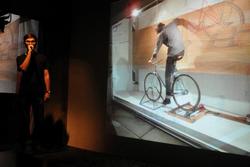 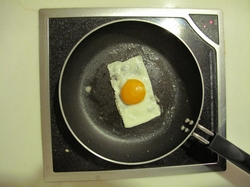 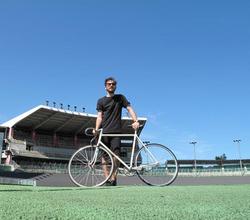 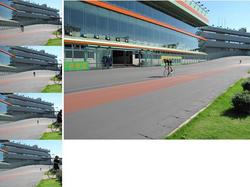