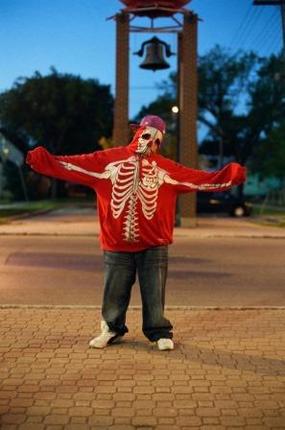 The main focus of my stay in Tokyo will be the production of a new body of work about the Brazilian Japanese community. In order to do so I will have to work with a lot of local partners both on community level as well as professionals like curators, translators, and technicians. Furthermore I am very keen to discover Japanese pop culture, underground youth culture and make contacts in all fields of contemporary art and beyond.

I am planning a project on the Brazilian minority living in Japan with a focus on young people who are torn between two cultures and in some case have started to form gangs. The so-called 'Brazilians' in Japan have arrived in the 1980s looking for work, mostly in the car industry. They are the descendants of Japanese people who migrated to Brazil in the early 20th century. Even though they look Japanese they have their own Brazilian identity and often did not speak Japanese when arriving in Japan. Today the Brazilian community suffers from the economic crisis as well as from discrimination and a high level of unemployment. Brazilian youths are not allowed to go to Japanese schools, so there a Brazilian schools in many parts of the country. Crucial for my project will be the close contact to the Japanese-Brazilian youth themselves as well as people involved in community work like teachers and social workers.