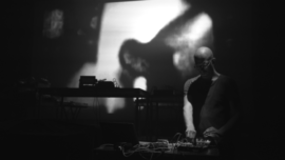 For Coextensive Ubiquity, I will also work with other composers based in Japan and other countries. What interests me about involving artists from different geographic locations is the duplication of the principle of ubiquity. These real-time diffusions will occur at predetermined times and allow them to interpret the simultaneous transmissions in their own way, organizing and processing them into musical works that bear their own individual aesthetics. The works of each artist will be recorded and made available to the public thus eventually allowing people to hear how each one was able to recompose according to his/her own personal sensitivity a "sound reality" that is unique yet shared at their foundation. This idea of collaboration seems to me a logical extension a research, which questions precisely the notions of simultaneity, distance and perception.