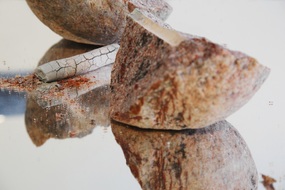 In 1955, the Finnish designer Kaj Franck received the renowned Lunning award, which allowed him to travel to Japan. This visit had an indelible impact on his practice. Franck recorded the trip in his travel diary, in maps, and in photographs - my research for the exhibition project uses this material as its point of departure.
My objective for the residency period is to follow Kaj Franck’s and other designer’s paths. I will use the time in Tokyo to conduct research on travel as a concept, and on the local designers, techniques and traditions that have influenced Nordic designers’ practices to such great extent.