Flanet will focus on the Sunshine 60 shopping mall, its surroundings, and its connection with the Sugamo Prison. Considering non-euclidian theories, he will reflect on how parallel timelines can meet and coexist: how two locations of high-efficiency share conditioning and surveillance aspects. One developed for security, the other for consumerism; both following logics of rationalizing and maximising.

My activities during my residency time at TOKAS were mostly consisting of research. Initially, I was interested in investigating the figure of the Sugamo prison, its destruction, and its replacement by a shopping mall complex, the Sunshine City. Although, I discovered for myself how figures detained at the Sugamo facility, awaiting their trial for their roles in the second World War, were released with the help of USA governments and partook in the structuring of modern Japan politics. Hence, the Sugamo prison was intimately connected to this structuring. This information helped me to think of works that would not only echo the history of the prison in a documentary fashion, but that would abstract this narrative by evoking bridges with topics seemingly remote, even disconnected. Thus, another chapter of my research was the discovery of the botanist Takuji Koshimizu and his work on the crinum asiaticum, or hamayu, in Japan. His research on the plant helped him to conceptualize the 'crinum line', for displaying the geographic limits of growth of the hamayu in Japan, congruently to temperature. Today, the 'crinum' line is used as a reference by botanists and biologists to measure the fast-changing fauna and flora in the wake of global warming.

My achievement didn't materialize into a physical outcome. I focused on research, and, due to the way I work, took time to refine ideas and sketches for the making of two works that I want to put in communication with one another. More so, my time at TOKAS has been spent in silent/invisible learning, such as following online classes for C++ language programming, which I may need for the making of the works, and that I will likely benefit from for further productions. One work consists in reprogramming a cleaning robot so that it follows the floor map of Cell 13 in which execution was conducted at the Sugamo prison. A further aim is to manage to tweak it's code so that the robot speaks pre-recorded narratives that echo the daily life of prisoners at Sugamo. Another work will consist in creating a digital simulation, in which 3D avatars of hamayu are growing following the differences in weather data between the year 1938 during which the crinum line was conceptualized and the present's live weathercast. Once started, the process of the simulation will function on its own, letting the digital hamayu grow or shrink or change color according to unpredictable data. 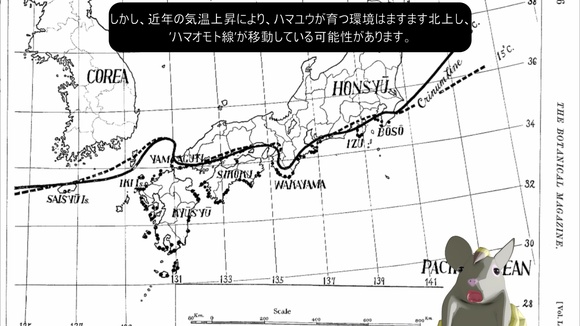 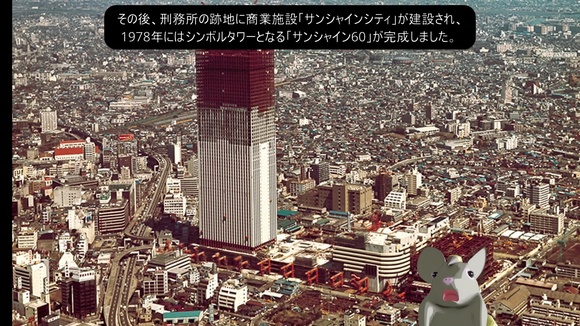 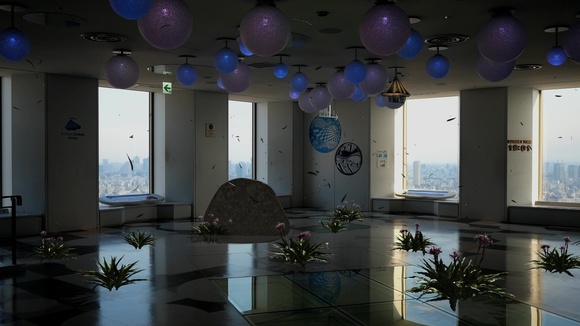