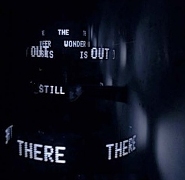 Angel Nuñez Pombo obtained his MFA in sculpture and expanded media at Virginia
Commonwealth University, USA. Over the last few years he did a residency at the
International Studio and Curatorial Program (ISCP) in New York with an artistic creation
grant from MUSAC--a Museum focusing on emerging art in Spain. His works are now a
part of several important public collections in Spain.

I have been producing several bodies of work, the first one "capsulas" are pieces made out of fiberglass with a flocked exterior, and using a system of lenses and light these pieces show fragments of architectural interiors spaces inside. "Alternancias" is constituted by a series of installations that create using LEDs and "persistence of vision" (aka. POV) device combinations of words that spin around and produce the effect of leaving phrases suspended in the air. And "proyecciones" are pieces that use sensors, computer vision and software to process information from the space. 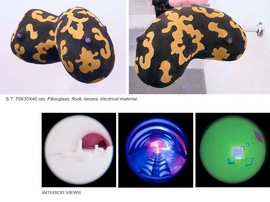 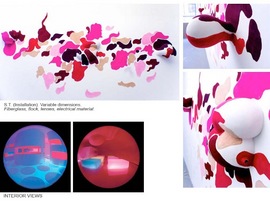 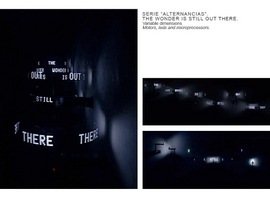