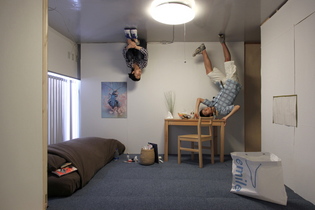 Born in 1964. Yamamura studied painting at Tokyo Zokei University. Yamamura creates many short animation films using a variety of techniques. He is first grand prix winner in all major international animation film festivals. "Mt. Head" (2002) was nominated for an Oscar in 2003, and awarded the 6 Grand Prix include Annecy 03, Zagreb 04 and Hiroshima 04. Also "Mt. Head" was selected as one of the 100 FILMS FOR A CENTURY OF ANIMATION and the 50 Best Animated Films for 50 Years of ASIFA. "Franz Kafka's A Country Doctor" (2007) was awarded the Grand Prix at Ottawa in 07 and Internationales TrickFilm Festival STUTTGART. He is only one grand prix winner in 4 major international animation festivals in the world. "Muybridge's Strings" (2011) is first co-production animation with National Film board of Canada as Asian filmmaker. His films have been shown in over 30 countries, and awarded various honorable prizes. Retrospective screenings of his works have been held in over 20 countries. He has jury, lecture and held workshops at numbers of international film festivals for popularizing and advancement of art animation. He is also an illustrator and several picture books are published. He is currently a sub-chairman of the Japan Animation Association (JAA) and a member of the board of directors of the Japanese branch of the International Animated Film Association (ASIFA), and has been a visiting professor of Hijiyama Univeresity Junior College, department of Fine Arts since 2013, a visiting professor of Tokyo Zokei University since 2004, a professor of Graduate School of Film and New Media, Tokyo University of the Arts, department of Animation since 2008 and a visiting professor of Hijuyama University since 2013.