A city is a place where all the elements within its boundary are categorized and exhausted, and what is unnecessary for humans is eliminated. However, I believe that even in a city which has been over-intricately developing, there appear temporary blank places without any specific purpose.
I would like to intervene in some of the functions of the city, to incorporate my awareness of place and my own interpretation of it, and to research the city using the field work and production methods I have done in nature.

I researched on the rivers and waterways flowing through Tokyo to create works that focus on the relationship between landscape and body. As I moved around the city by bicycle, I was able to gain a physical understanding of the basic structure of Tokyo which has been growing since the Edo era, through moats and canals encircling the current Imperial Palace (former Edo Castle). I could also find peripheral aspects around the rivers and bridges even in the center of the city, where various things had drifted and accumulated over time. The riverside landscape, which will be cleared over time, is a gap in consciousness that is overlooked in the city. I took photos of the riverside, then projected the images onto my body to create a video work. 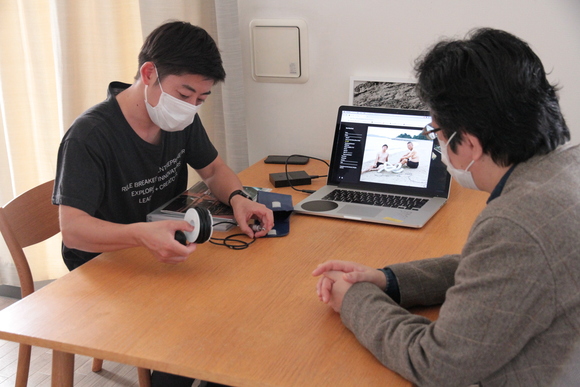 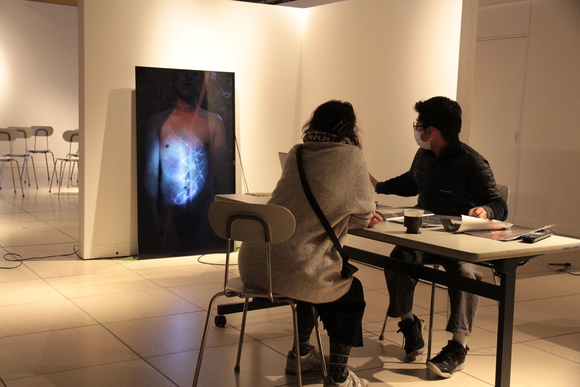 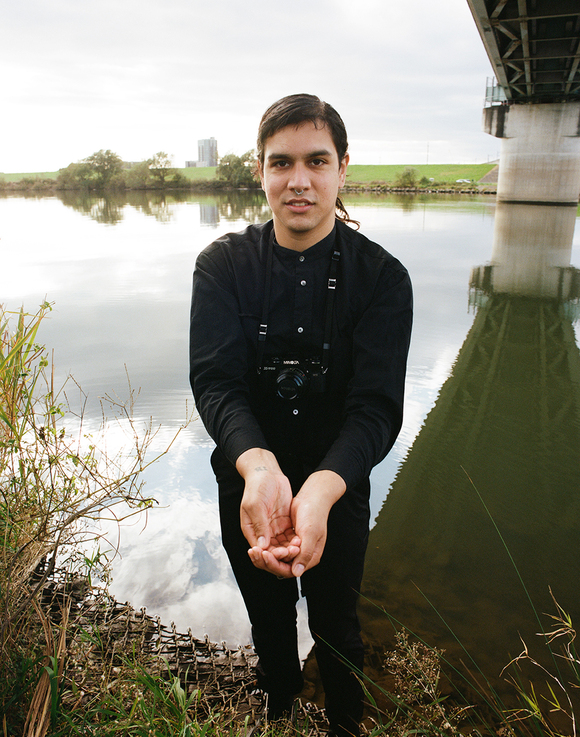 Researching along the river with the curator, Aliwen Muñoz

As this was a rare experience to stay in an urban environment, the residency program at TOKAS gave me a new insight on my work about the relation between landscape and body. The residency in the city was very different from the nature environment which I am used to working, in terms of the density of human-related things. However, I was able to penetrate the city as I did in nature while trying out the creation of work. Once I found places where I could get into, I discovered numerous so-called temporary vacant places along the rivers or in empty lots. By researching deeper, I found out that the waterways in Tokyo, > which were laid out in the Edo era, function as the fundamental structure which made the city as it is today. In a developed city, the waterfront landscape, which lost its function as transportation route, can be seen as a peripheral place and gives room for various interpretations. For the research on urban landscape, by starting from a banal point of view (of focusing on the river), I was able to connect myself to the landscape we see now, as well as to the time accumulated on the land. 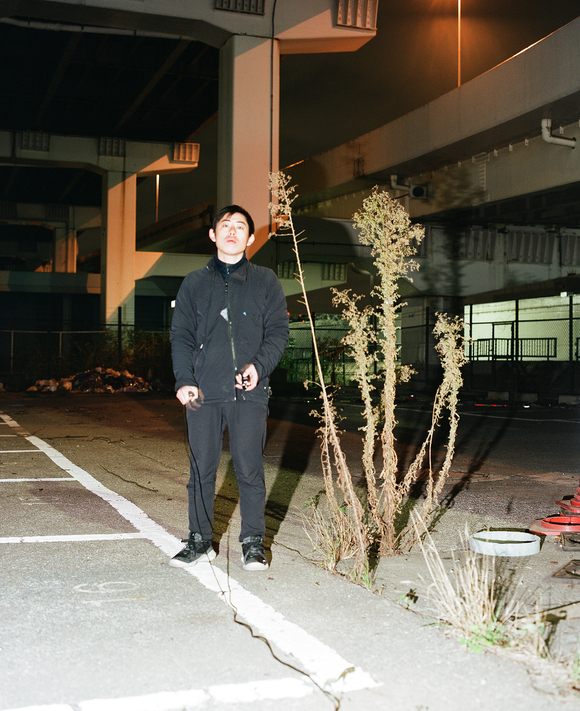 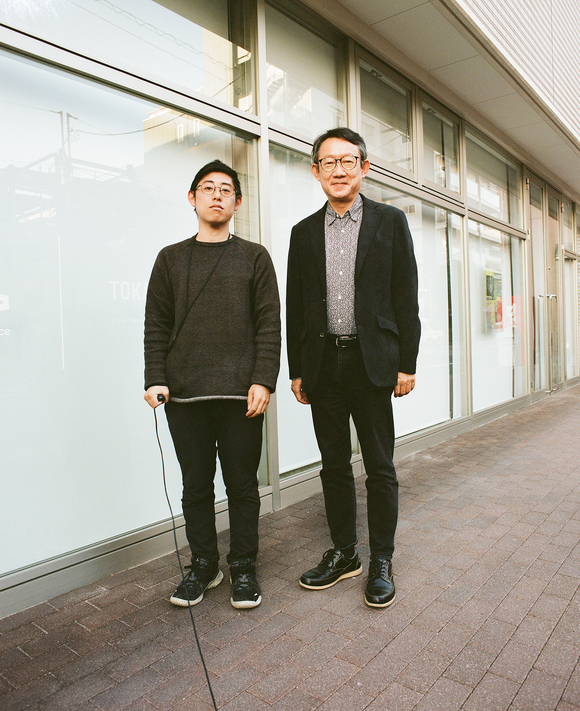 With Mr. MINATO Chihiro after Open Studio Talk "About inner image and landscape" 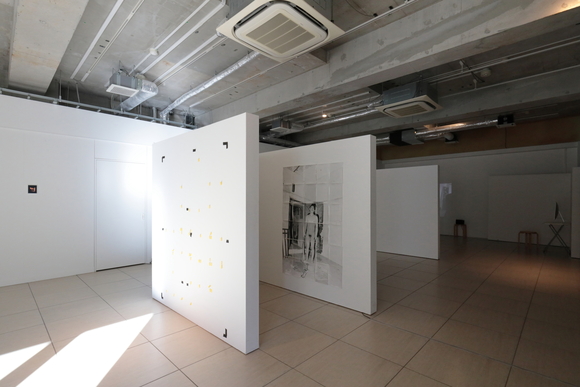 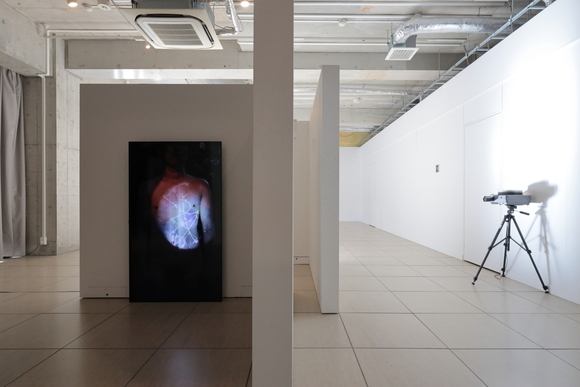