Publication
I and I (L’Artiere, Italy)

My works examining the themes such as gender, social changes, focuse on the people who live in cracks of a dynamically transforming society. In every project I have been involved with their community fellowship for a long period of time. The photographic and video works about young Chinese LGBT people who wander about the unclear boundaries separating men and women; photography works about the life and death in contemporary society through the fisherman living at one of the longest river in the world; and so on. These works visualize the energy of crashes out of conflicts, and the human power to overcome the hardness of life in a world of contradiction and complexity.

Lala,Zhanjie, Pandra Sichuan Province From the photography series ''I and I,'' ''I and I '' is a photography series which witnessed the rapid changes in China's society and social awareness through the lives of transgender people. This project visualizes their energy and power to overcome the pressure not only from society and family but also from themselves. 2011/Chongqing China/570x855mm/Digital C-print 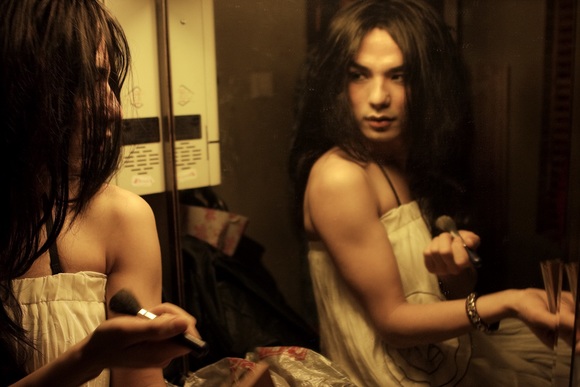 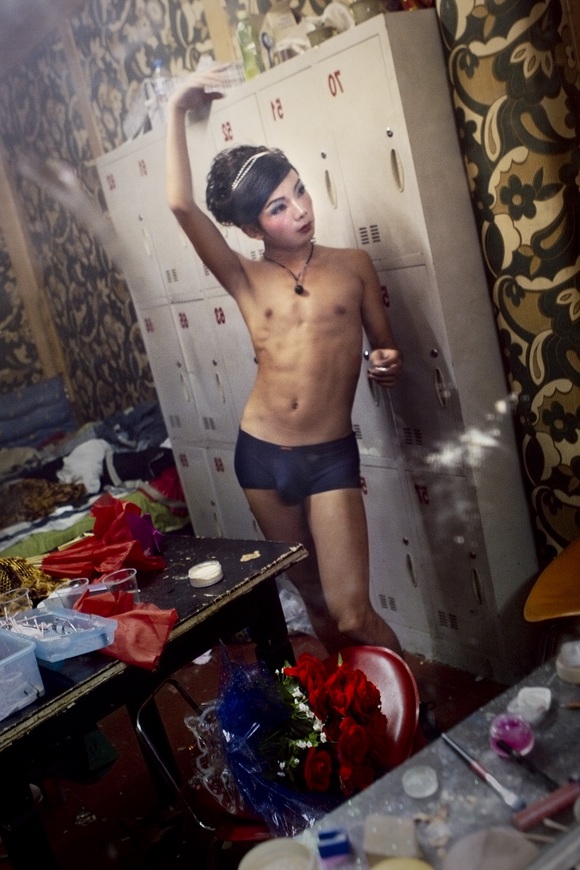 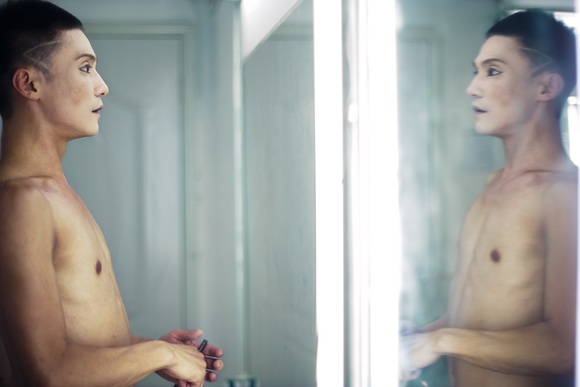 Hua standing by the Yangtz River,Chongqing From the photography series ''I and I,'' 2008/Chongqing China/570x855mm/Digital C-print

Lost Boundaries(2012) (Middle) / Wounded(2014) (Four Walls surrounding Lost boundaries), ''Lost boundaries'' is a video work that despicts the free spirited lifestyle of a young girl who wanders the unclear boundaries separating adult and child, man and woman.In China where dramatic economic development has taken place at an unprecedented pace,traditional values have been destroyed.In particular a change is occuring in the sexuality of urban youth. The young girl,who goes throughout life seeking momentary love,is one of those being buffeted about by the waves of the sudden changes racking society. Wounded depicts demolition sites in Chongqing, is projected onto four walls so as to surround Lost boundaries. Size of ''Lost boundaries'' 60inch moniter Size of ''Wounded'' 6Meter/each wall video projecting onto 4walls, Go- Betweens The world seen through Children Mori Art museum Photographer: Takaya Sakano