TWS Aoyama: Creator-in-Residence organises monthly public program, "OPEN STUDIO" which is for the public to see the creative processes of residing artists, to communicate and to exchange ideas about their works. In each studio, the artists present the progress of their works or research in various ways.
In the OPEN STUDIO of this month, Kaoru Ikeya(Film Director) will give a talk about "Portraying Human" and his film "Daughter from Yan'an" will be screening. In addition, Dutch 'avant pop' composer JacobTV will give Artist Talk. Please don't miss this precious opportunity! 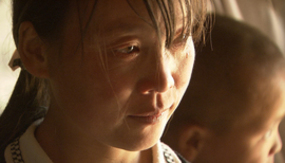 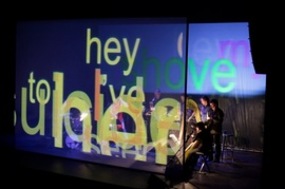 Dutch 'avant pop' composer JacobTV (Jacob Ter Veldhuis, 1951) started as a rock musician, then studied composition and electronic music and was awarded the Composition Prize of the Netherlands in 1980. He is now one of the most performed European composers, writing an emotionally direct kind of music,in which his classical side is a lush combination of post minimalism and romanticism, and while he was working on integrating rock, jazz, and pop culture into his music from one side, he was turning away from high modernism on the other. JacobTV was performed by The Royal Concertgebouw Orchestra, the Tokyo City Philharmonic, the Rotterdam Philharmonic, the Russian State Academy, the Dusseldorf Symfoniker, the Metropole Orchestra, and by soloists such as Branford Marsalis, James Galway, Evelyn Glennie, Ronald Brautigam, Arno Bornkamp, and ensembles like Het Nederlands Kamerkoor, Ethel, Fulcrumpoint, E.A.R. Unit, Aurelia-, Prism- and New Century Quartet, Safri Duo, Calefax, Amsterdam Sinfonietta, and several other.