TWS Aoyama: Creator-in-Residence organizes public program, "OPEN STUDIO" which is for the public to see the creative process of residing creators to communicate and to exchange ideas about their works. In each studio, creators present the progress of their works or research in various ways. In the OPEN STUDIO of this month, Tsuyoshi Shirai (Choreographer, Stage director, Dancer) will give a talk! Please don't miss this precious opportunity! 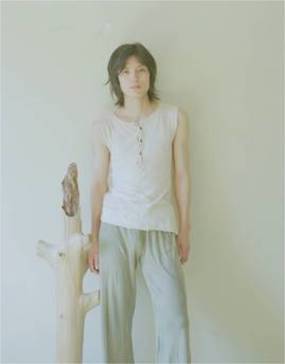 Tsuyoshi Shirai has been publishing his works--including his solo works and collaborations with dancers, musicians, artists and media creators both from inside and outside Japan--in a wide variety of forms. He also produces video works. His latest work is "still life," in which objects and five dancers produce tranquil resonances. He was awarded the Bagnolet International Choreography Prize 2000, the Next-generation Choreographer Award in the Toyota Choreography Awards 2006, and the Japan Dance Forum Award 2006 and 2011. His video work has been also selected for recommendation by the screening committee in the art category in the Japan Media Arts Festival 2011.